Venice by Night is a Visual Novel/dating sim set in the world of of Vampire the Masquerade and in the unofficial setting of Serenissima.

Serenissima is set in the Italian city of Venice, in a fully developed setting we worked on with lot of love - and nerdiness - and inhabited by all sort of interesting characters. We hope you'll love it as much as us!

We're still in the early stages, but we will keep you updated on the work! We will opent pre-orders as soon as we have a demo ready. In the meantime, any donation would be incredibly valuable to help us work on the project.
THANK YOU! ヘ(◕。◕ヘ) 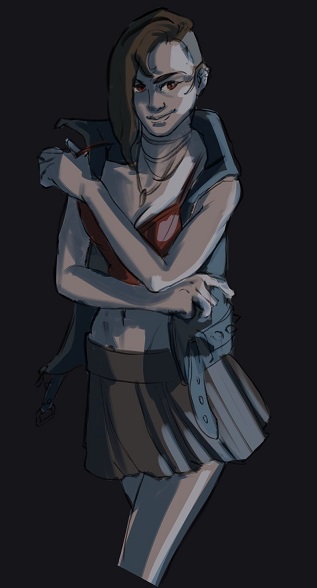 Hecata retreated in the shadows (apparently) to avoid SI scrutinity, leaving Neonates to fend for themselves. So several coteries were born spontaneously to fill the power gaps - leading to Venice been divided into different areas, every area controlled by a coterie and all trying to expand their territory. Th MC is part of a new coterie who decided they want to change things and put an end to this war - either by creating an alliance between the main coteries or by destroying them, based on the player choises.
What will you become? The spark of rebellion or a new king? And love and friendship have a place in that? 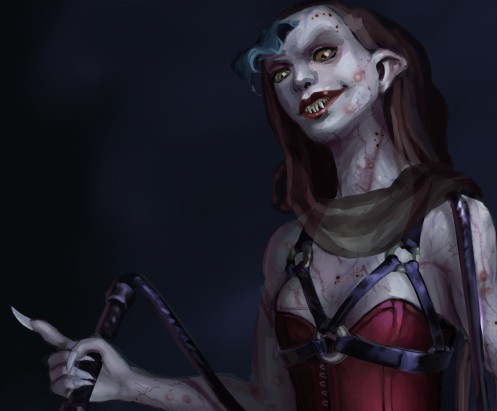 The player will have three characters to choose from as their main character – each one with their own background and route. They are a Lasombra, a Hecata and a Nosferatu. I imagine for the three main characters to have a male-looking and female-looking version, so to give the players choises about the gender of their character and how they present themselves.

The Lasombra was born from a family that came to Italy a few generations ago from Africa, led to Venice by MC's grand-grandmother - actually a ghoul of the Lasombra Methuselah Montano. Lasombra MC was recently told their family secret and Embraced by a mysterious Lasombra they have no memory of, obviously with Montano's blessing – or not? They were also revealed that Venice once belonged to Lasombra clan, long before Giovanni even were a thing. Lasombra MC considers their duty to unite all Cainites of Venice under Lasombra rule once again – as it was in the distant past. Will they change their mind during the game? And will they ever find out their Sire's identity? Despite Lasombra's stereotypes, MC has a strong honor code and has all the merits and flaws you can expect from a paladin-like character. Their arc will be an arc about family and duty, prophecies and the weigh of a crown.

The Hecata is the edgy baby of the group. Born with the ability of speaking with ghosts, they were always quite the introvert, vastly preferring the company of the dead to that of the living. And it was for the dead sake that they started to try hindering Hecata clan activities in the supernatural world as much as their limited human abilities allowed. Unfortunately this only resulted in them being Embraced - their skill considered too useful to be wasted. They had to work for their Sire for a while, but recently she disappeared during a SI raid - the perfect chance for the Neonate to flee from their own clan. They remain a lover of old cemeteries and a protector of the ghosts, dreaming of a future Venice in which ghosts and vampires work together as friends. Their arc will be an arc about occult mysteries and uncomfortable truths, difficult choises, and even more difficult tasks to accomplish.

The Nosferatu has no great legacy, no special gifts, but they seem the one actually hiding the most secrets. They're capable of incredible cruelty and doesn't shy away from doing whatever they mean necessary to ensure the coterie survival and eventual victory, but their ruthlessness is only one side of them. Another one is their absolute love for a mysterious Kindred and the promise they made to each other – a promise and a love that threaten to destroy them, their very soul and everyone around them. The Nosferatu dance on the edge between Humanity and the Beast, and they don't seem to know what they want to be between the two most of the time. A Machiavellian politician and spy master with dark passions, they never told where they came from or how they learned all they know about Kindred politics – or how old are they for that matter. Their arc will be an arc about the balance between Humanity and the Beast, about what one is willing to do to protect the ones they love – or to win.